What: The Desegregation of Girard College 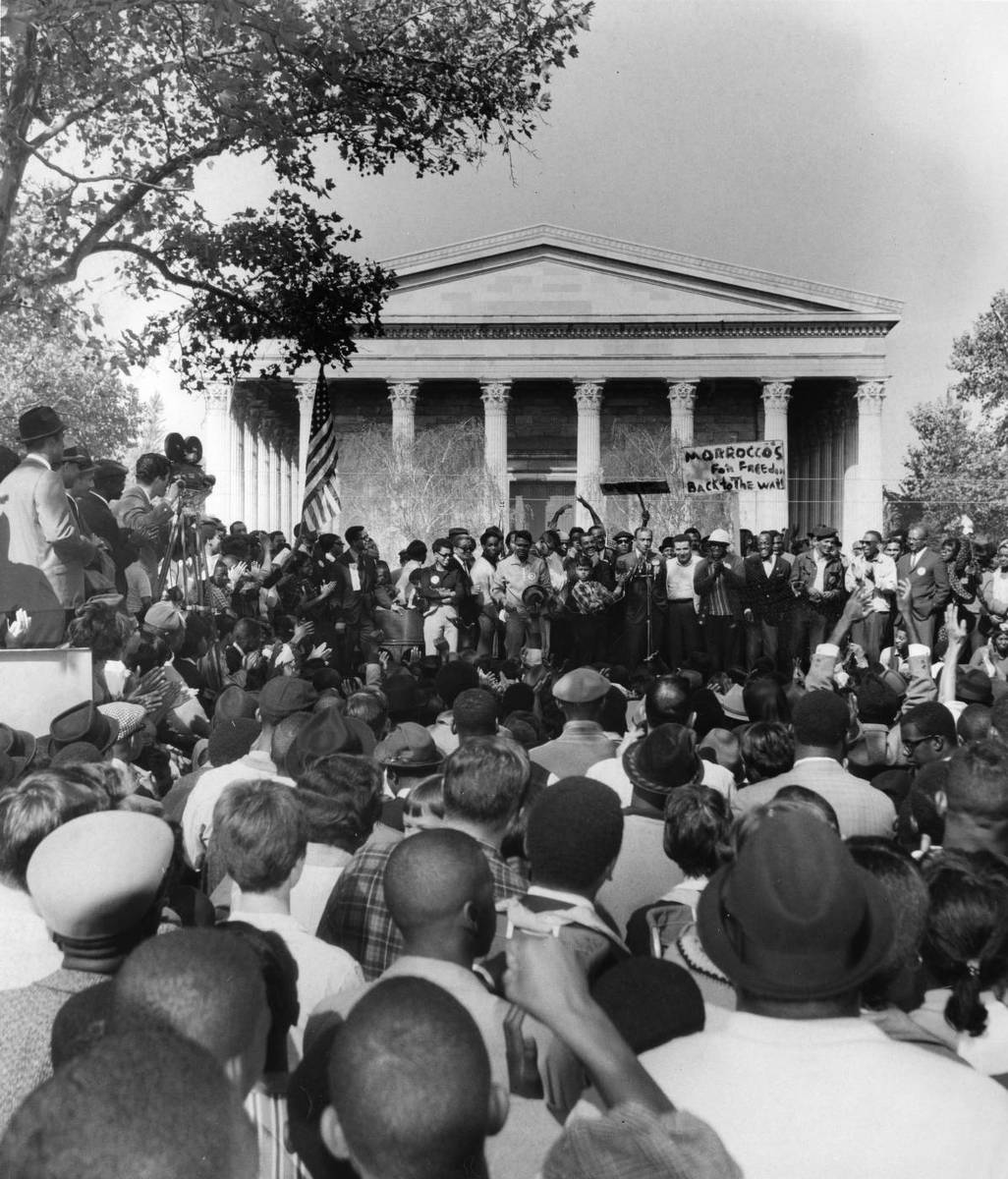 On July 23, 1953, City Councilman Raymond Pace Alexander introduced a resolution calling for the admission of African-American students to Girard College, the North Philadelphia boarding school for fatherless boys.  Nearly fifteen years later in June 1968, Alexander joined fellow civil rights activist Cecil B. Moore at a victory rally celebrating the end of the school’s segregated admissions policy.  Standing together on that day, Alexander and Moore embodied different phases of the long battle to desegregate Girard College that notably reflected the evolution of strategies, objectives, and leadership within the modern civil rights movement.  Whereas Alexander began the battle over Girard in the courts, epitomizing the movement’s early faith in democratic institutions and their ability to spur racial change, Moore ultimately brought the battle to the streets, organizing a seven-month-long picket that questioned the efficacy of government action and demanded more immediate and radical outcomes.  As racial inequities persisted into the 1960s, efforts to seek redress within the legislative and judicial arenas increasingly gave way to civil disobedience and protest, a shift as discernible in cities like Philadelphia and Chicago as in Selma and Montgomery.  As historian Matthew J. Countryman rightly observes, “the modern civil rights movement was as much a product of the black experience of racial oppression in the urban North as it was of life in the segregated South” and those experiences keenly shaped how the effort to desegregate Girard College unfolded through the 1950s and 1960s (Countryman, p. 4). 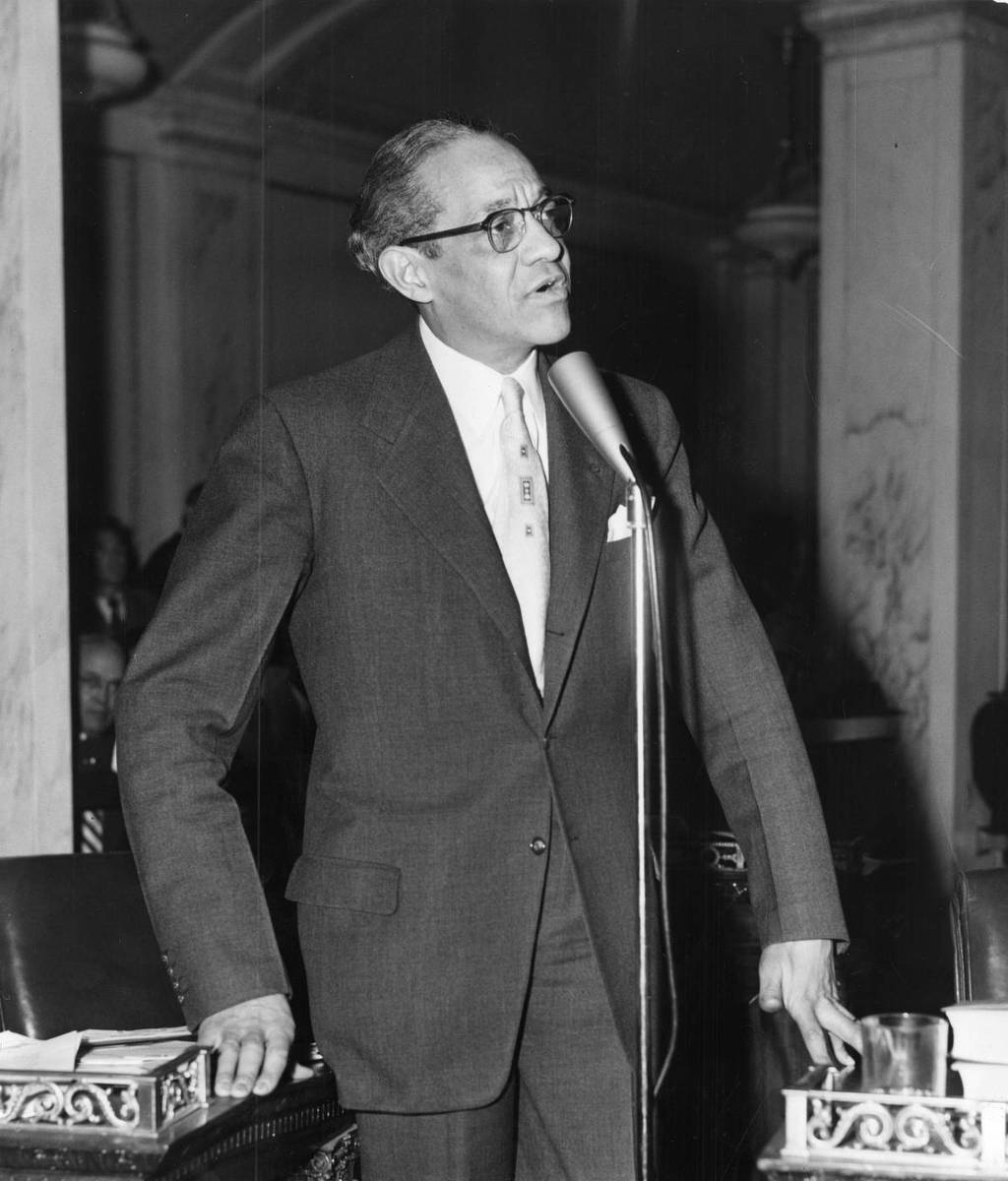 Upon his death in 1830, banker and philanthropist Stephen Girard willed approximately six million dollars to the City of Philadelphia for the establishment of a school for “poor, white male orphans.”  While overseen by the Board of Directors of City Trusts, a city agency, Girard College was still a nominally private school and remained segregated even after the Supreme Court’s landmark decision inBrown vs. Board of Education in 1954.  Although various parties contested the school’s racial ban throughout its history, the Board of City Trusts maintained it was merely upholding the terms of Girard’s will by restricting admission to white students.  However, as civil rights became a focal point of city politics, Girard College and the ten-foot-high walls enclosing its campus offered a poignant symbol of exclusion and inferiority in the primarily black, working-class neighborhood that surrounded the school.  In 1953, Raymond Pace Alexander, who represented the school’s district on City Council, challenged the admissions policy on a number of counts, arguing that Girard’s will should be reinterpreted in light of changing social and political circumstances and that, as a private institution managed by a public agency, Girard College was subject to federal statutes outlawing segregation. Alexander, who had successfully challenged racial segregation in two Chester county school districts in the 1930s, was a prominent member of Philadelphia’s liberal reform coalition, which dominated the civil rights campaigns of the 1940s and 1950s and sought racial equality through government action.  In March 1954, Alexander and City Solicitor Abraham L. Freedman filed suit with the Orphans’ Court on behalf of six African-American boys who were denied admission to Girard, a move that notably preceded the Brown decision by several weeks.  As a legal advisor on the Brown case, Alexander likely anticipated a favorable Supreme Court ruling, which would bode well for his campaign against Girard College’s racial ban.  Alexander’s efforts seemed to reach fruition in 1957, when the U.S. Supreme Court struck down the ban, ruling that it constituted racial discrimination by the state of Pennsylvania in violation of the 14th Amendment. 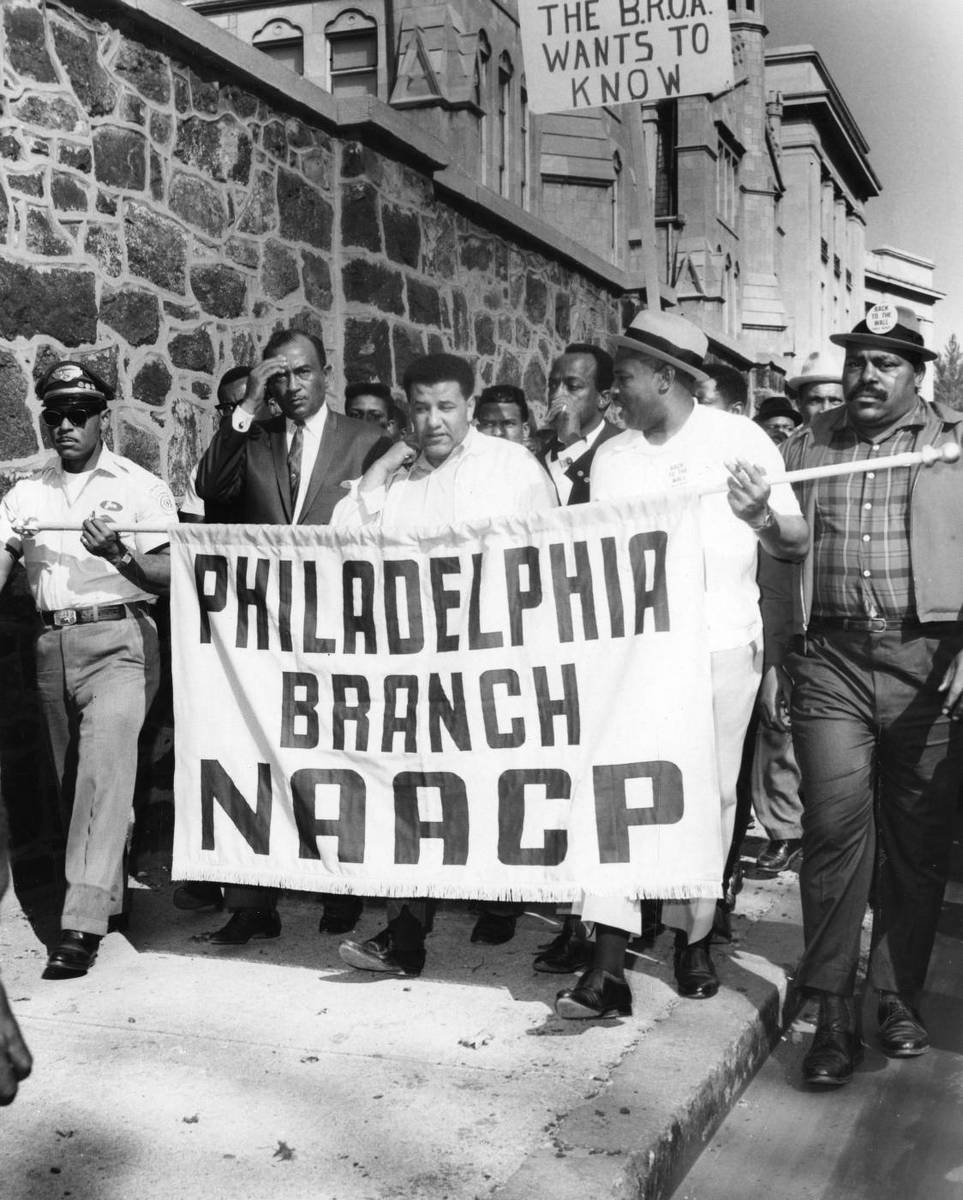 Ultimately, the Supreme Court’s decision hinged on the Board of City Trusts acting as an agency of the state rather than as trustee of Girard’s wishes, an interpretation that opened a path for Girard College to evade the Court’s ruling.  In October 1957, the Orphans’ Court  appointed thirteen individuals to replace the Board of City Trusts as trustees, effectively privatizing the school and allowing it to determine its own admissions policy.  While Alexander and representatives of the City of Philadelphia argued that the change did not exempt the school from complying with state law, the U.S. Supreme Court upheld the trustees’ appointment and effectively ended the push to desegregate Girard College in June 1958.  The following year, Alexander’s appointment to the Court of Common Pleas further hampered the cause, as his judgeship now precluded him from filing suit against the racial ban.  Still, despite the legal outcome, Alexander stated in a Philadelphia Evening Bulletin article on July 1, 1958 that the U.S. Supreme Court was “the Negro’s sole bulwark in America against unjust discrimination,” a view that starkly separated him from the more militant and antagonistic civil rights leaders who revived the campaign against Girard College in the mid-1960s.

When he was re-elected President of the local chapter of the NAACP in 1965, Cecil B. Moore saw his election as a mandate for direct action on civil rights and a militant desegregation program that included Girard College.  Unnerved by the race riots that had consumed North Philadelphia the previous summer, Moore promised to “rededicate Philadelphia’s civil rights campaigns to improving the condition of African-Americans” and hoped to use the Girard College campaign as an outlet for the energy and frustrations of the black community.  Shifting focus from “We Shall Overcome” to “We Shall Overrun,” Moore dismissed the tactics of an entrenched black leadership that he believed favored respectability over true reform and had failed to produce meaningful change in areas like school segregation.  In the decade following the Brown decision, segregation in Philadelphia’s schools actually increased with the rise of black ghettos and white flight to the suburbs and became the subject of protest campaigns throughout the 1960s.  As he pursued desegregation in the streets rather than the courts, Moore notably clashed with establishment organizations like the Commission on Human Relations and the  Philadelphia Fellowship Commission, whose leaders criticized him for by-passing “legally established forums” of redress in favor of the “coercive mass actions and street disorders” more associated with black militants than the mainstream NAACP (Willis, p. 99).  In 1965, Moore’s renewed effort to desegregate Girard College brought these conflicts to the fore and underscored how the civil rights movement had evolved since Raymond Pace Alexander's initial efforts a decade ago. 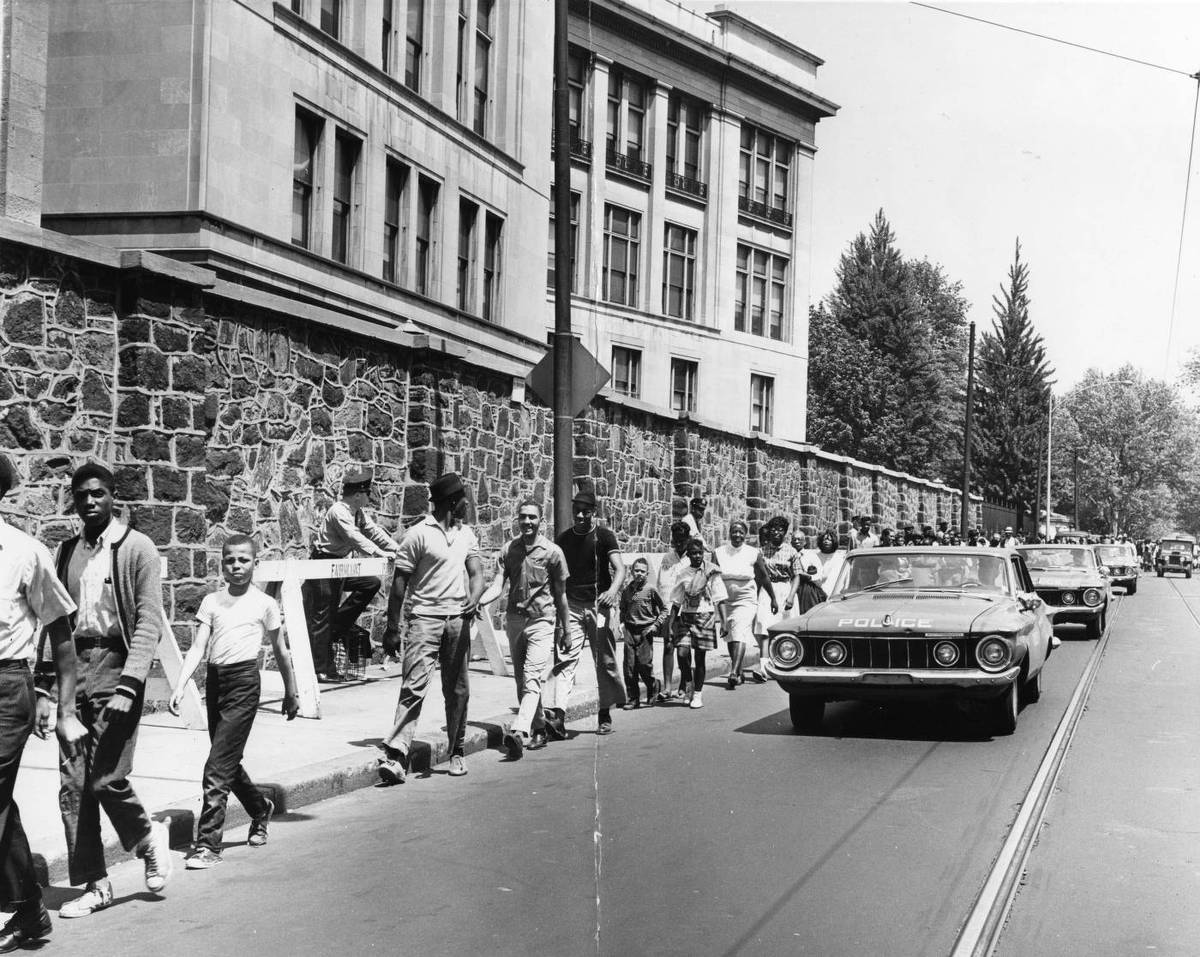 The NAACP’s protest campaign against Girard College began on May 1, 1965, with twenty picketers and 800 police officers stationed at the wall separating the all-white school from the African-American neighborhood that had grown up around it.  In the ensuing weeks and months, the demonstrations regularly attracted a daily crowd of primarily working-class youth that, as Moore asserted, was more representative of the movement than the middle-class activists who tended to only show up on the weekends.  Nonetheless, a number of prominent civil rights leaders joined the Girard picket line throughout the summer, including CORE’s James Farmer, national NAACP President Roy Wilkins, and the Reverend Dr. Martin Luther King, Jr.  While the school’s trustees refused to surrender to what they termed “mob rule,” Governor William Scranton, Mayor James H.J. Tate, and trustees President John A. Diemand met in July to discuss possible legal and judicial remedies to end Girard’s racial ban.  Excluded from the meeting, Moore maintained that the NAACP would not join any court action, but nonetheless halted the pickets after city and state officials filed suit in U.S. District Court in December 1965.  As the case wound its way through local and federal court, picketing briefly resumed in October 1966 and on May 20, 1968, the fifteen-year odyssey to desegregate Girard College finally ended when the U.S. Supreme Court declined to hear an appeal of a lower court ruling, thus paving the way for integration.

Ironically, Moore’s successful campaign to end Girard’s racial ban came at a time when another schism was emerging within the civil rights movement, as young activists inspired by the rhetoric of black power increasingly rejected efforts to integrate African Americans into the mainstream. Whereas Moore had been at the cusp of a popular tide moving away from Alexander and the liberal reform agenda he exemplified, the civil rights movement was, by the mid-to-late 1960s, evolving beyond Moore as well to the point that few cared about desegregating Girard and joining what they viewed as a white power structure.  In the end, the efforts to desegregate Girard College that spanned the 1950s and 1960s were at once representative of their time and just one phase in an ongoing national movement that continued to expand and unfold for years to come. 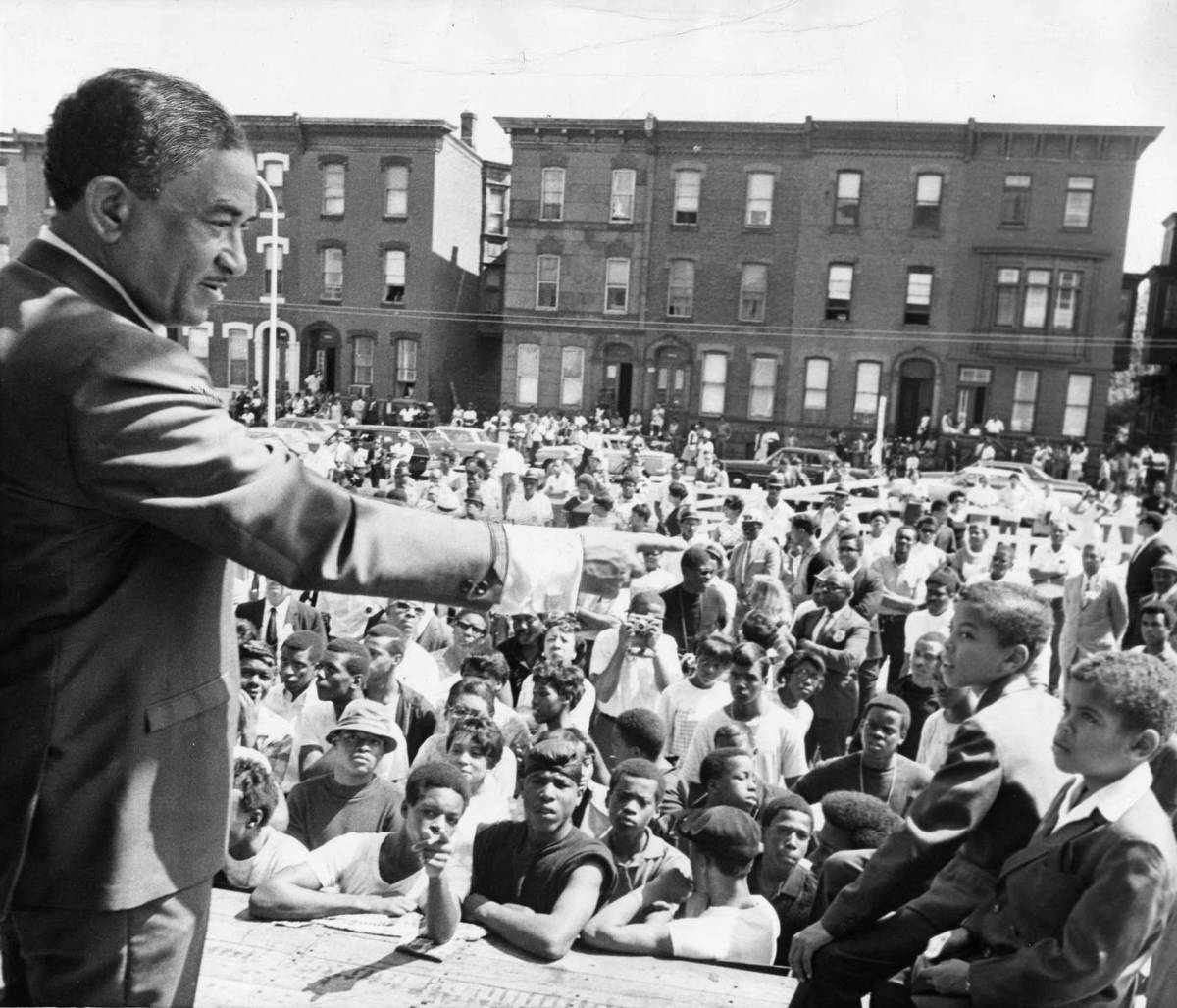 To view primary source materials about the desegregation of Girard College, search our collections.