What: The Philadelphia Transit Strike of 1944 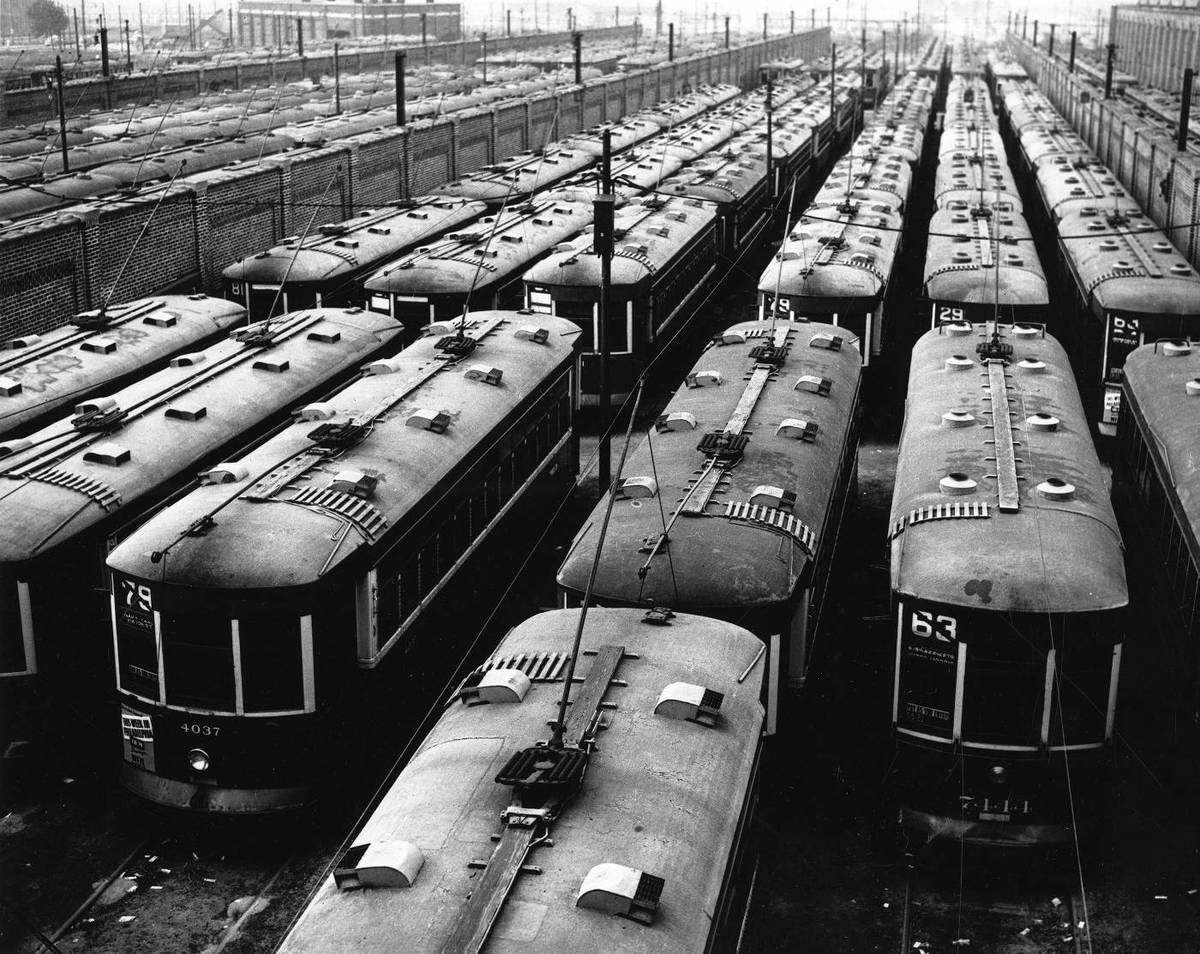 During World War II, the Philadelphia Transit Company was one of the largest transit systems in the country, serving approximately 2,500,000 passengers per day. In August 1944, in the midst of the war, Philadelphia was also the country’s third largest war production city. Just two months after the D-Day landings on the northern coast of France, when American unity abroad and at home was most crucial, hundreds of Philadelphia Transit Company employees went on strike to protest the promotion of eight black PTC employees to the position of trolley car driver. Strikers refused to go to work, and all scheduled transportation runs were at a standstill. By the end of August 1, the first day of the strike, 300,000 war workers who relied on the Philadelphia Transit Company had not been able get to work, and war production was seriously diminished.

After several days of crippled war production and racial violence, the strike ended when President Roosevelt authorized federal troops to enter the city of Philadelphia. The Philadelphia Transit Company Strike of 1944 began as a racially-motivated strike on the local level, but quickly escalated to include federal involvement because of war-production implications. 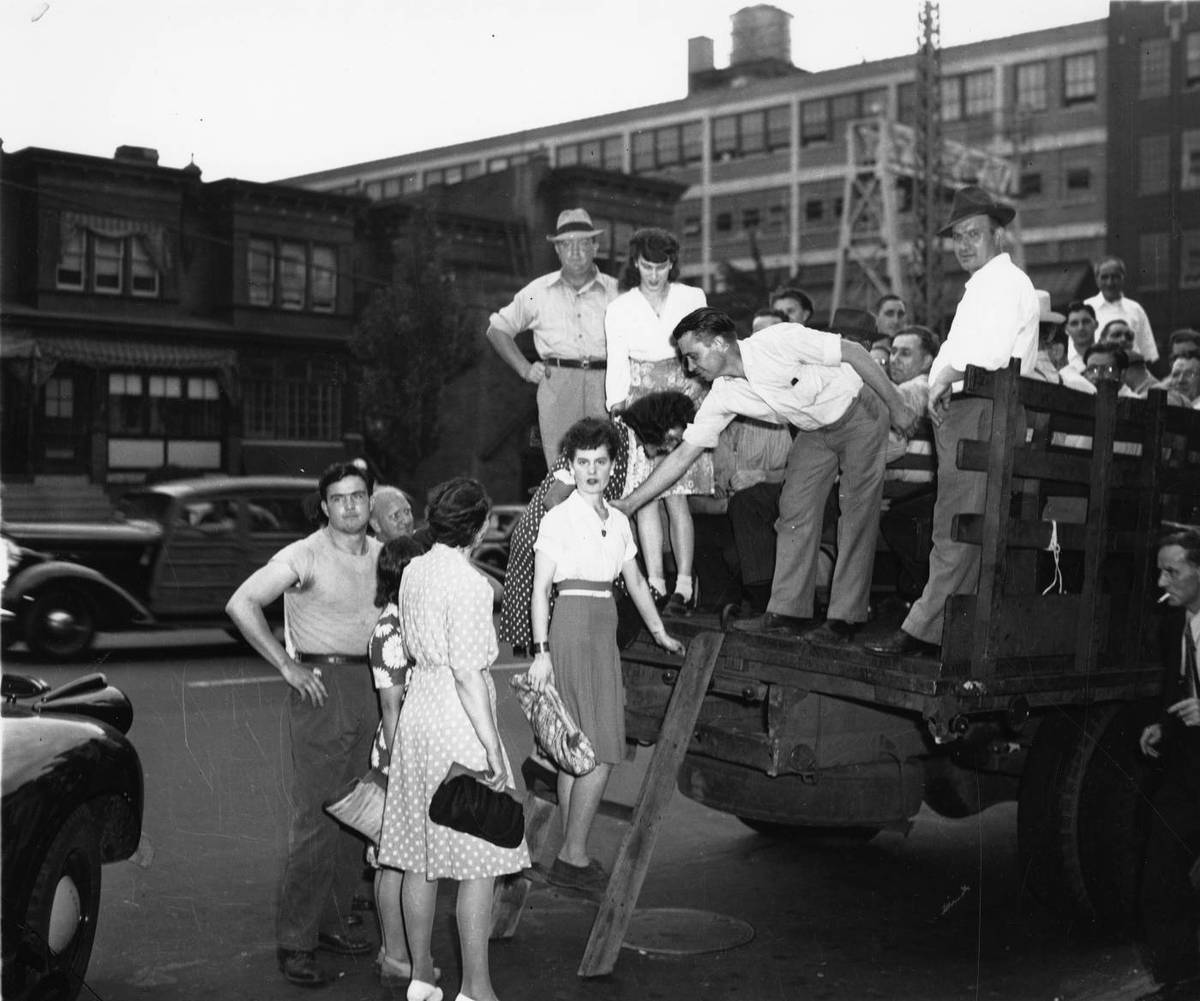 On December 7, 1941, Japan launched a preemptive attack on the United States when Japanese planes bombed Pearl Harbor. This prompted the United States and Britain officially to declare war on Japan the following day, December 8, 1941. Although the United States had been engaged in diplomatic talks and assisting the Allied powers with materials and capital, the bombing of Pearl Harbor launched the United States into full scale involvement in World War II. This resulted in an increased need for soldiers and vehicles, ground weapons, and naval ships. Philadelphia quickly became America’s third largest source of war production, especially in Navy production.

In the early years of the war, the federal government issued various executive orders and legislation supporting the war effort. On June 25, 1941, President Franklin D. Roosevelt signed Executive Order 8802, prohibiting racial discrimination within the national defense industry. And, in order to support war production, he signed Executive Order 9346, on May 27, 1943, mandating fair employment practices. The order called for the utilization of all manpower and the end of discriminatory employment practices and established the Fair Employment Practice Commission to ensure that these goals were met. In Fall 1943, the FEPC ordered the Philadelphia Transit Company to stop discriminatory practices. In the months leading up to the strike, the company refused to hire any new black employees and confined its few black workers to low paying, maintenance positions.

On June 25, 1943, Congress passed the {Smith-Connally Act,} (the War Labor Disputes Act), over President Roosevelt’s veto. The act discouraged strikes and gave the President the power to take over and run privately owned industrial war plants if a strike interrupted war production during the war.

In Philadelphia, the local NAACP chapter began to work actively in 1943 to publicize the issues and rally support. They pressured both the PTC and the federal government to institute fair hiring practices at the PTC, staging peaceful demonstrations and other activities. The Philadelphia Transit Company and the union representing many of its members, the Philadelphia Rapid Transit Employee’s Union, were initially opposed to any integration of the work force. Misrepresentation of the impact of integration on seniority policies complicated the discussions as did union power struggles.

After union members voted in Spring 1944, the Transit Workers Union had replaced the PRTEU as the official bargaining agent for PTC workers. The TWU promised to comply with the federal legislation and to participate in non-discriminatory hiring practices. The PTC was receiving federal and local pressure to integrate their workforce. A climate for conflict was built as actors in the city continued to resist change.

In July 1944, the War Manpower Commission ruled that the PTC had to align their hiring practices with policies of the United States Employment Service, which had a strict nondiscrimination policy. On July 27, 1944, the PTC finally showed signs of compliance when it promoted eight African American employees to the position of motormen. These eight men were the first of 537 black employees, among an 11,000 PTC workforce, to be promoted to a highly skilled job. When white PTC workers heard of the pending promotions, they gathered on company property and decided to strike if African Americans were promoted. They understood that the ability of war production workers to get to work was critical to keeping up the war effort at a key point in the war. 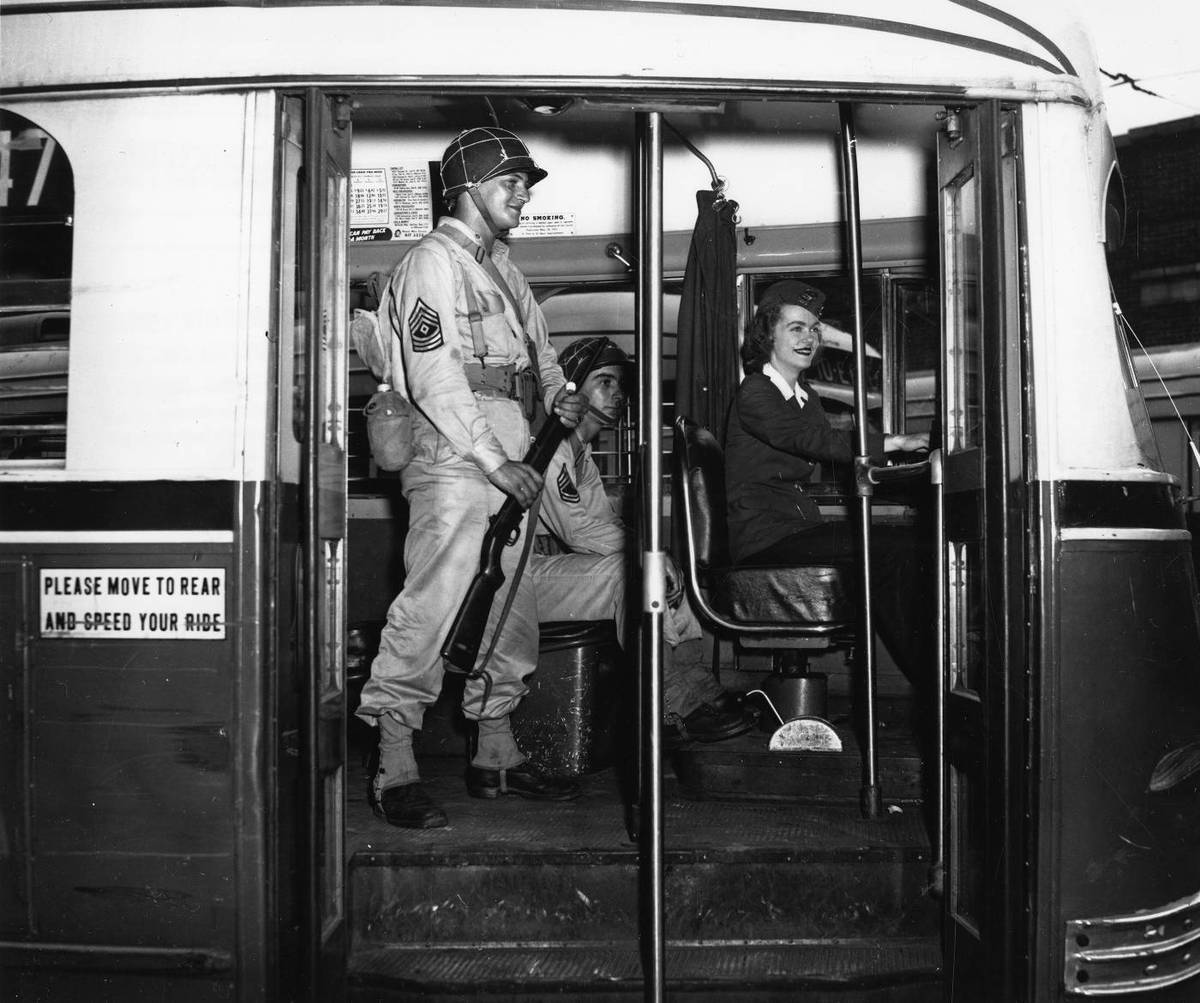 The Philadelphia Transit Company Strike began on August 1, 1944, at 4:00 in the morning. Many employees called in ‘sick,’ and strikers quickly blocked car barn entrances with automobiles to prevent employees from entering. Three PTC employees and one non-PTC employee led the strike. James McMenamin, James Dixon, and Frank Thompson were all veteran employees of the company, and Frank Carney was the former president of the PRTEU. By noon on that first day, 4,500 workers had struck, and all transit vehicles were stopped, and, by the evening of the first day, war production was crippled badly because many employees could not get to the war plants to perform their jobs.

The strikers organized a committee to lead their efforts, led by James McMenamin. As spokesman, McMenamin declared on August 2, that the strike was "strictly a black and white issue,"and that strikers would not return to work until the eight black employees had been stripped of their promotions. Also on August 2, a TWU member back to work movement failed, but the TWU continued to encourage its members to return to work. Negotiations remained at a stalemate for three days, until President Roosevelt, under the power of the Smith-Connally Act, authorized Major General Philip Hayes and his troops to seize control of the Philadelphia Transit Company.

On Saturday, August 5, General Hayes marched 5,000 heavily armed troops on the city of Philadelphia. The soldiers set up encampments in Fairmount Park. The soldiers were largely used to protect PTC employees who still wished to work and to operate the transit cars. After the Army's arrival, limited and sporadic transportation was available during the remainder of the strike, but it was not enough to funnel all 2,500,000 of its daily passengers successfully. Many Philadelphians had to resort to driving their cars or hitch hiking. In one instance, nurses caught rides on a milk delivery cart.

While intemperate and racially-charged statements and actions continued throughout the strike, violence was largely avoided. The strikers continued to object to black promotions. Blacks were vocal about wanting their rights. Many argued that if they could fight in the war and drive tanks, they should be able to drive the trolley cars. Strikers, and some black and white residents smashed store windows, dragged individuals from cars and beat them, and mugged individuals on the street, and two white men shot a thirteen year old boy in a drive-by shooting. However, due to local and state government actions to close liquor stores and increase the police presence in the city, and work by the NAACP and other black organizations in the city, peace generally prevailed. It became clear that many Philadelphians and the nation were against the strike, viewing it as unpatriotic.

A defining characteristic of the strike was its connection to the war effort, which was noticeably crippled because of the strike. The Philadelphia Naval Yard, home to 58,000 employees, was where allied ships that were damaged in the Atlantic were repaired. It contained an airfield, and heavy artillery was also produced there. In addition, absences at other local war plants caused great loss of time and crippled the overall production of badly needed war materials. The strikes posed a deadly problem not only to the blacks who were being discriminated against, but also to the soldiers on the front lines of the war effort. Time was money and victory.

Prior to Saturday, August 5, Major General Hayes had grown tried various ways of ending the strike. He had pleaded with the strikers to resume work and argued that they were hurting the war effort, blaming them for loss of life on the front lines. After many failed attempts to appeal to the strikers, he issued a statement that if strikers did not return to work by Monday they would lose their draft deferments, be black-listed by the War Manpower Commission so they could not get another job, and would not be eligible for unemployment benefits. Throughout the majority of Sunday, August 6, PTC employees began filling out cards which pledged that they would return to work on Monday, August 7, 1944.

The strike ended on Monday, August 7, 1944. Except for the four leaders of the strike who were fired and arrested, Philadelphia Transit Company employees resumed work on Monday morning, and the trains began to run as usual. The eight black motormen were instructed to remain at home on Monday, until the transit system was working again without a hitch. The eight returned to work on Wednesday, August 9, and began their training. The federal troops remained in Philadelphia and rode the street cars until August 17, when they finally returned control to the PTC and withdrew from the city. The strike had nevertheless been costly with a significant loss of war materials production.

By September 1944, seven of the new black motormen were driving PTC trolleys. By the following month, the number of black employees working as motormen had doubled. Black employees in skilled positions steadily increased over the following years. The 1944 PTC Strike was not successful in preventing the advancement of black PTC employees, and racial progress had been made in Philadelphia toward a more equitable job market.